Super Absorbent Polymer (Hereinafter referred to as SAP) is a new type of functional polymer materials. As a absorbency material, it can absorb hundreds to thousands times its weight and become to water-swelling Hydrogel.Hydrogel have the ability to keep water even if under the pressure. It is so different from the other traditional water-absorbing material such as tissue paper, cotton, sponge, and fluff pulp. So, what is the history of SAP? 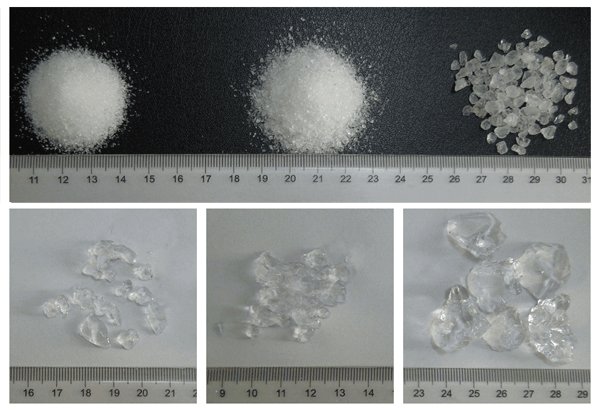 In the 1980s, water absorbing materials were tissue paper, cotton, sponge and fluff pulp. The water retention capacity of these materials is only 20 times their weight – at most.

In the 1960s, the United States Department of Agriculture started to work on materials to improve water conservation in soils. They developed a resin based on the grafting of acrylonitrile polymer onto the backbone of starch molecules.This new absorbency material can absorb more than 400 times its weight. The most important thing is, the gel did not release liquid water even under pressure!

In the 1970s, SAP was used commercially for the first time -for disposable hygienic products (not for soil amendment applications as originally intended).

Over the years, technology has progressed so that there is little if any starch-grafted super absorbent polymer used in disposable hygienic products. These super absorbents typically are cross-linked acrylic homo-polymers (usually Sodium neutralized).