The Best Way to Compare Prices of Sodium Polyacrylate

What is sodium polyacrylate?

It can absorb water and is also called “Superabsorbent polymer ” in wikipedia. This kind of polymer can absorb hundreds times its weight and widely used in hygiene products such as paper diaper & sanitary towel. ( details about sodium polyacrylate ) 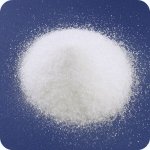 What are the famous suppliers ?

China, Japan and Korea are the top 3 export countries in the world.The mainly suppliers list is as follows,